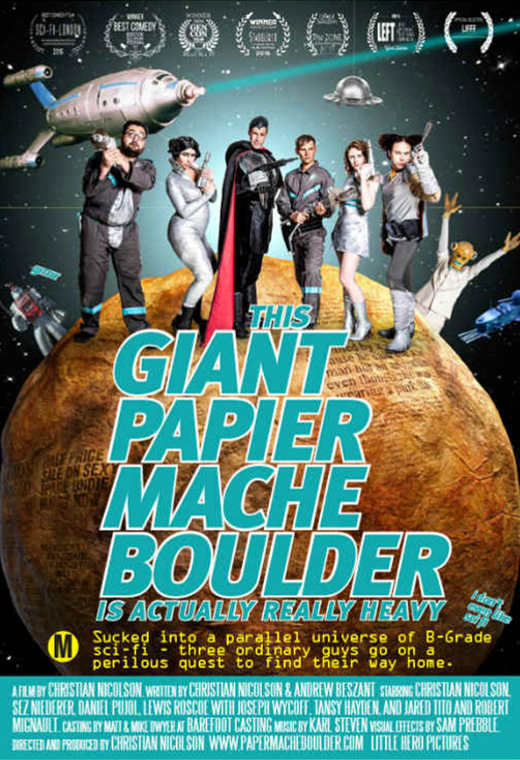 Sucked into a parallel universe of B-Grade sci-fi - three ordinary guys go on a hilarious quest to find their way home.

When three ordinary guys guys go to a sci fi convention and start watching an old b grade movie they get a bit more when they bargain for. Suddenly they get sucked into the movie itself and are trapped in a low budget sci fi universe. At the helm of a rickety old spaceship they soon stumble into a trouble, make an enemy of the evil lord froth and rescue an uppity space princess. To make matters worse one of them starts to think he is a sci fi character. They embark on a quest to save their friend and get themselves home. Giant lizards, sexy amazons, kooky robots and enough crazy mayhem that could only be found in a b grade movie. Will they survive long to solve it all and save the day.
Host a cinema screening