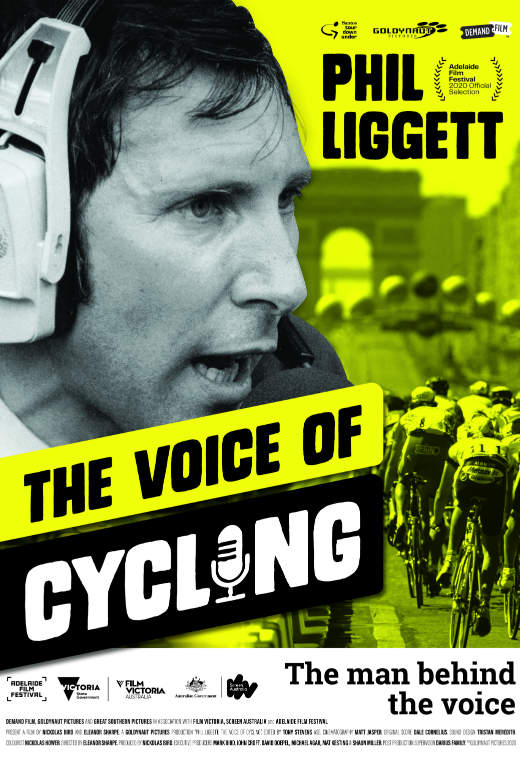 The voice of cycling

The life of legendary television commentator Phil Liggett MBE is inextricably entwined with the history of professional cycling. During a career that has spanned five decades, 15 Olympic games and 47 Tours de France, Phil Liggett has been there for every key moment in cycling over the last half century. The heroic triumphs, the appalling tragedies, the scandals and the controversies; Phil has seen it all, and told us about it with passion, knowledge and his trademark wit. As much as anyone, Phil Liggett has shaped the way the world sees cycling.
Host a cinema screening