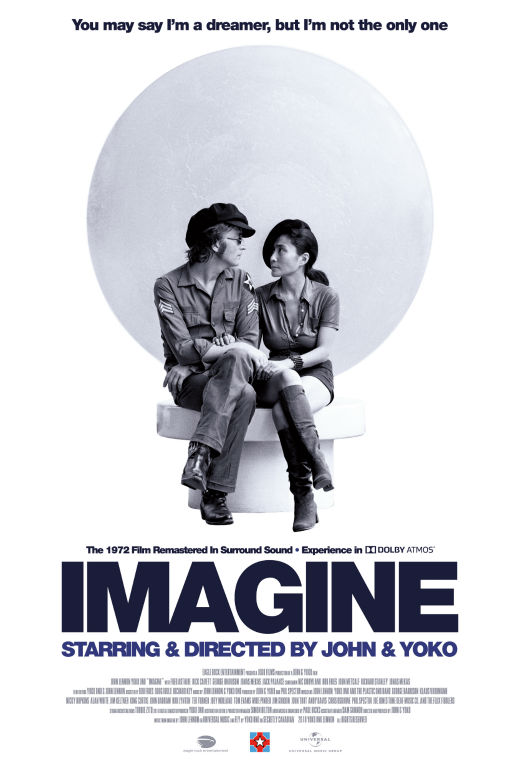 Imagine is a cinema collage of colour, sound, dream and reality. Produced and directed by John and Yoko, who, with numerous guest stars including George Harrison, Fred Astaire, Andy Warhol, Dick Cavett, Jack Palance and Jonas Mekas , create a world of imagination as rich and moving as the music that accompanies it. For this re - release, the film has been frame - matched to the original negative, every frame has been hand cleaned and restored, and the soundtrack has been remixed and re mastered in glorious Dolby Atmos and 7 .1 surround sound by multi - Grammy® Award winner Paul Hicks. The bonus material, including John performing two tracks in the studio with an esteemed group of musicians, including former - Beatle George Harrison, has also been remixed in Dolby Atmos and 7 .1 surround sound to make you feel like you’re in the room with them!
Host a cinema screening