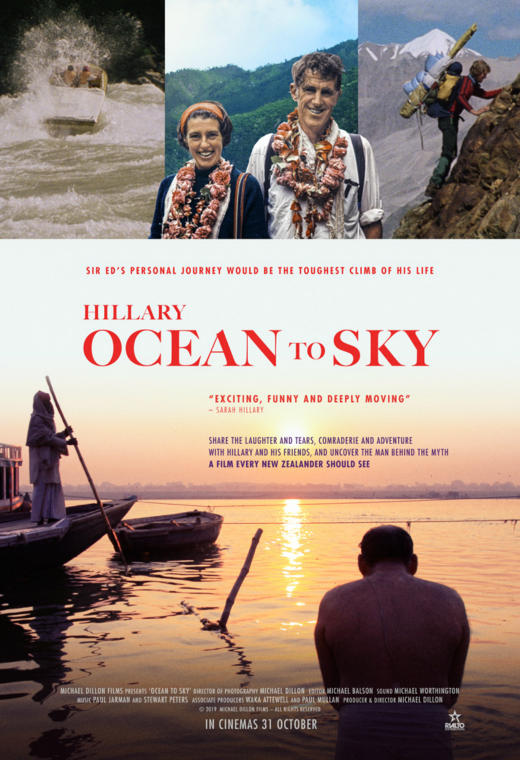 For this feature-length documentary Michael Dillon revisits his award-winner From the Ocean to the Sky, about Edmund Hillary's Ganges jet boat expedition. Back in 1977, Dillon filmed Hillary and crew (including son Peter Hillary) as they jet boated from the mouth of the Ganges to the base of the Himalayas, then set out to climb peak Akash Parbat. Dillon has remastered existing and unseen footage, and interviewed crew members about Hillary's last big expedition. This trailer shows Indian crowds swarming Hillary for an autograph, and a keen man "wakeboarding" on the Ganges.