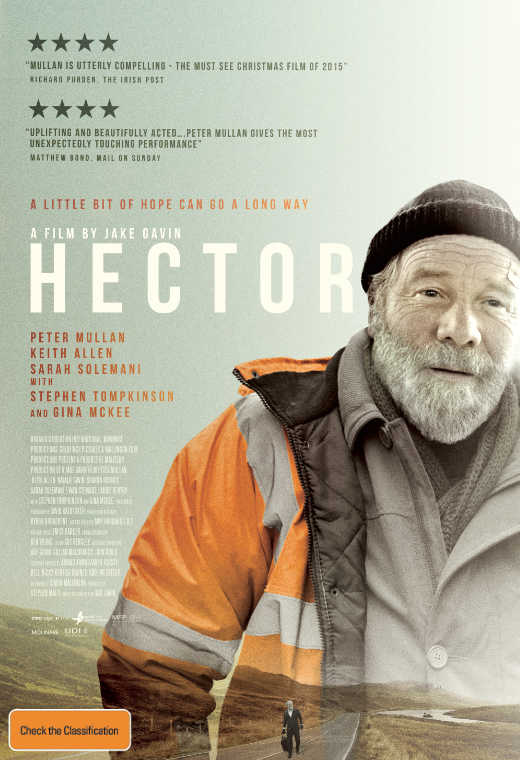 A little bit of hope can go a long way.

HECTOR is a British road movie about family, friendship and human compassion. Set across the UK, HECTOR is the alternative Christmas feel good film of the season, when people’s thoughts naturally turn to family. Audiences responded with both laughter and tears when the film received its world premiere in competition at the 2015 Edinburgh International Film Festival. Hector McAdam (Peter Mullan) is embarking on his annual journey from Scotland to a London shelter, where Christmas cheer and a turkey dinner await him. But, aware this might be his last, Hector opts to reconnect with his past and reunite with those he left behind. Life without a home isn’t easy but Hector is resilient, accepting of people, and life, as they come. He meets with friendship and kindness, disappointment and cruelty, discomfort and joy. His cross country odyssey brings chance encounters, companions old and new who need his support as much as he needs theirs.
Host a cinema screening