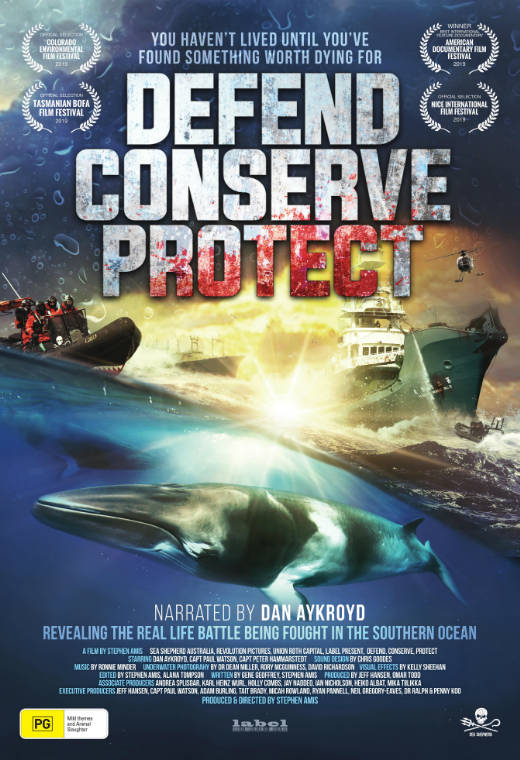 You haven't lived until you've found something worth dying for

Set far from the world’s eyes in Antarctica, the most inhospitable environment on Earth, the Japanese so called “Research” fleet are openly commercially harvesting thousands of whales in the world’s only international Whale Sanctuary.

On the one hand is Sea Shepherd, a volunteer guerrilla navy funded by the citizens of the world, and on the other, the Japanese whaling fleet, hell bent on harvesting protected Minke whales.

Whales play a vitally important and unacknowledged role in our global oxygen supply, making the confrontation between Sea Shepherd and the Japanese whaling fleet one of the most significant environmental battles of our time.

With never before seen footage, and narrated by the legendary Dan Aykroyd, Defend, Conserve, Protect is shot from the point of view of the young, international Sea Shepherd crew, with unprecedented underwater access to Minke whale pods.

In a time of great apathy and unrest, Defend, Conserve, Protect is a rally cry to people across the world to stand up and fight for what they believe in. In a time when we are losing more species to extinction than any other through our own actions, Defend, Conserve, Protect might just be the final nail in the coffin that ends illegal whaling activities forever.
Host a cinema screening